The 57-year-old Dutchman has spent decades pursuing obscure feats, nearly all of which are designed to demonstrate his singular ability to withstand extreme cold: climbing to 20,000 feet on Mount Everest while wearing only shorts and shoes; running a marathon barefoot above the Arctic Circle; staying submerged in an ice bath for nearly two hours. Dutch TV has dubbed him the Iceman. 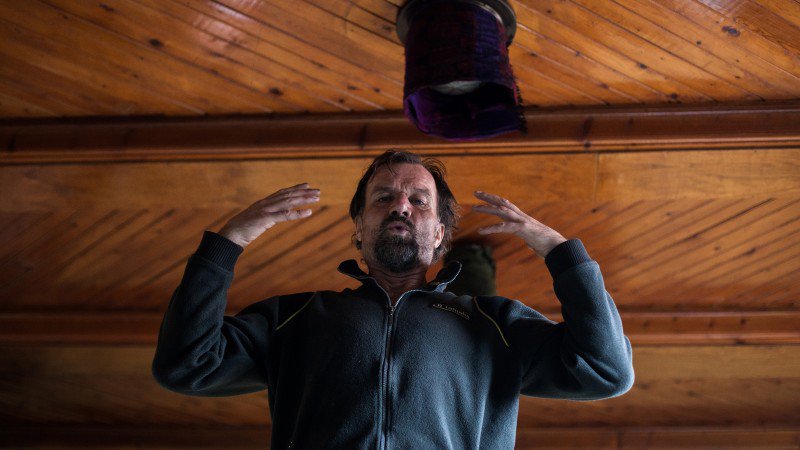 Hof credits much of his success to his breathing exercises, a practice he began five years ago. And he says his technique - which involves a series of deep, rhythmic inhales and exhales, followed by breath holding - can strengthen the body, improve the immune system and circulation, prevent disease, and help with focus, confidence, and mindfulness. Surprisingly, research backs up many of those brash assertions.

In 2014, a study in Proceedings of the National Academy of Sciences showed that people could learn to control their immune response and autonomous nervous system after just ten days of Hof’s breathing exercises, meditation, and repeated exposure to cold. In the study, 24 participants - half of them trained by Hof - were injected with the endotoxin E. coli. Those Hof trained had a different inflammatory, immune, and hormone response, allowing them to fight it off significantly better than the other group.

In the past few years, Hof has begun spreading his gospel. On his website, you can sign up for ten weeks of video tutorials for $200 or purchase his e-book, Becoming the Iceman, for $15. And while there are hundreds of glowing testimonials online, most researchers say that more studies are needed. “Parts of the reaction patterns in the body are understandable,” says Pierre Capel, an immunologist at Utrecht University in the Netherlands. “But the knowledge about Hof’s methods is not complete.”

You can pay $200 for Hof’s tips, or you can try this beginner’s guide. Follow these 8 steps each morning before food, coffee, or training. And, to err on the side of caution, do them with a friend nearby.

1. Lie on the ground or sit with your back straight.

2. Inhale deeply, pulling in as much air as you can using your diaphragm.

3. Exhale fully but not forcefully; simply let the breath go.

4. Repeat inhales and exhales for 30 to 40 rounds with your own rhythm.

5. On the last round, exhale and then hold your breath until your body feels the need to breathe.

6. Inhale deeply, then hold your breath for 10 seconds.

8. After your final round, hop in a cold shower. On your first try, stay under the water for 30 seconds, then gradually increase until you reach 3 to 5 minutes.