I use to be a person who would blame others for my lack of success.

My story began during a brief time in my life when I was inactive and unhealthy.

I was 31, and we were expecting our first child. I noticed a slight twitch in my right hand and had frequent heartburn. I saw a gastroenterologist.

I was diagnosed with a fatty liver and gastritis?—?inflammation of the stomach lining?—?but that diagnosis didn’t cure my tremor.

I was 34 years old, and my heartburn had disappeared due to my change in diet and a slight increase in exercise. For the tremor, I went to a neurologist, who concluded that I had an essential familial tremor and prescribed Primidone. I saw her regularly until a new insurance plan caused a gap between appointments. The tremor traveled from my right hand to my right foot.

“This is your fault. You missed your appointment.”

Primidone kept working, but it left me mentally foggy. My doctor switched me to Propranolol, which was mostly effective. But I still felt there was something else missing.

It was supposed to rule out other conditions and hopefully confirm that I had an “essential tremor.”

Something felt wrong at the outpatient clinic; the technicians were surprised to see someone my age. Weeks went by. Time moved like a snail. Finally, I saw my doctor and she bluntly said:

“Just as I suspected: you have Parkinson’s. Statistically, to become symptomatic with Parkinson’s at age 31 is nearly impossible. Here are some medications, and I will see you in three weeks.”

I did not understand the diagnosis, the new medications or how to take them.

I didn’t know anything about Parkinson’s (PD). Most people don’t.

The most visible symptom is a resting tremor followed by slow movements, muscle stiffness and postural instability. It literally robs your ability to move. It impairs your fine and gross motor skills, let alone taking your ability to speak. Some secondary symptoms include anxiety, depression, loss of smell; sleep disturbances, cognitive issues such as slow thinking, and memory difficulties. These are just some of the symptoms associated with PD.

There are many more.

I took the medication and developed insomnia.

I grew incredibly depressed. The news of Robin Williams having PD and Lewy Body Dementia hit me hard. I started losing my mind over this condition. I kept thinking, “Stop shaking! I can control this!” Chances are if you had a conversation with me during that time, I was only able to comprehend every third word.

My wife did not know what to do.

A mutual friend recommended I see a movement disorders specialist. I was soon in the care of one of the top Parkinson’s doctors in the country, at one of the best clinics for brain health. He confirmed the PD diagnosis and changed my dosages. He spent almost two hours explaining Parkinson’s and treatments, and assured me that I would be able to live a full life with PD.

He also said that exercise would be essential in slowing the rate of progression.

It took several months to regulate my medication. But, I began moving.

Up to this point my only experience with running was two 5K races. 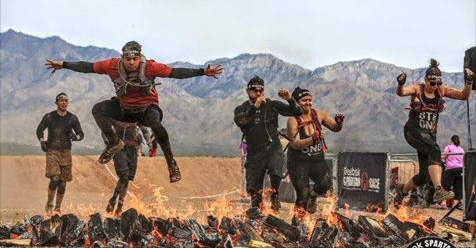 My wife signed us up for a Spartan Race. This race changed my life.

I thought it was a 5K, so I trained for one. On race day, I realized I was competing in the Spartan Super 8+mile obstacle course.

I was not physically fit enough.

I was in complete agony from the beginning.

But I didn’t quit.

Some obstacles took a few attempts. I flipped my first 300-pound tire, falling face down on it in the process. I took my time at each obstacle.

My life changed when I ran full speed at an 8-foot wall.

I grabbed the top of it and smashed my foot, nearly breaking it. Hiding my PD for so long made me feel isolated. So, when a fellow Spartan noticed my epic fail and asked if I was okay (referring to my foot) I ended up telling him I had PD.

It was the first time I told anyone, outside of my circle of trust.

He helped me over the wall.

For the next five miles I limped and hobbled through obstacles. Being hurt and vulnerable made me think of my family, my children and what they mean to me.

I entered the Spartan Race as a boy with a spark of interest. Little did I know I would feed that spark and ignite a flame so hot it would become a roaring blaze.

That day, not only did I become a Spartan, but I also became a warrior in the battle against Parkinson’s.

I am winning the battle every day, with every tire I flip, every wall I jump, every obstacle I encounter, and every road I cross.

I now train regularly. Today, I weigh 165 pounds and I am a lean, mean, muscle machine. I lost weight and ate healthier in hopes that a new lifestyle would slow my PD progression. Since then, I have completed five Spartan races, becoming the first person with Parkinson’s to complete a Spartan Trifecta. My next Spartan Race is in Pala this September. I’m going after my second Trifecta.

I train like an elite athlete now. I can run a 6:15 mile. I am a trail runner, which helps my balance and stability. I lift weights to have better control of my body. Agility and plyometrics are staples of my running program. Quick feet and lateral movements are essential for any trail runner.

Although I never run alone, with thousands of Spartan’s by my side, the most meaningful to me, is my wife. She is my personal trainer and runs every race by my side, through thick and thin. I have seen her cry at races when my legs do not want to work with my body. Her love for me motivates me to push harder.

Like many, I have been bitten by the OCR bug.

I have four more races this year other than Spartan Races. This past Fourth of July I accepted Spartan Race’s challenge of 240 burpees in celebration of America’s birthday. The burpee is the ultimate test of conditioning, and I was ready to take this challenge head-on.

I accepted the challenge not knowing what the outcome would be. Could I complete this? I believed I could, and so I did! I went live on Facebook because I wanted the world to see my fight and struggle. Most of all, I wanted to demonstrate my will to overcome any obstacle.

It took me roughly 25 minutes to complete 240 burpees. 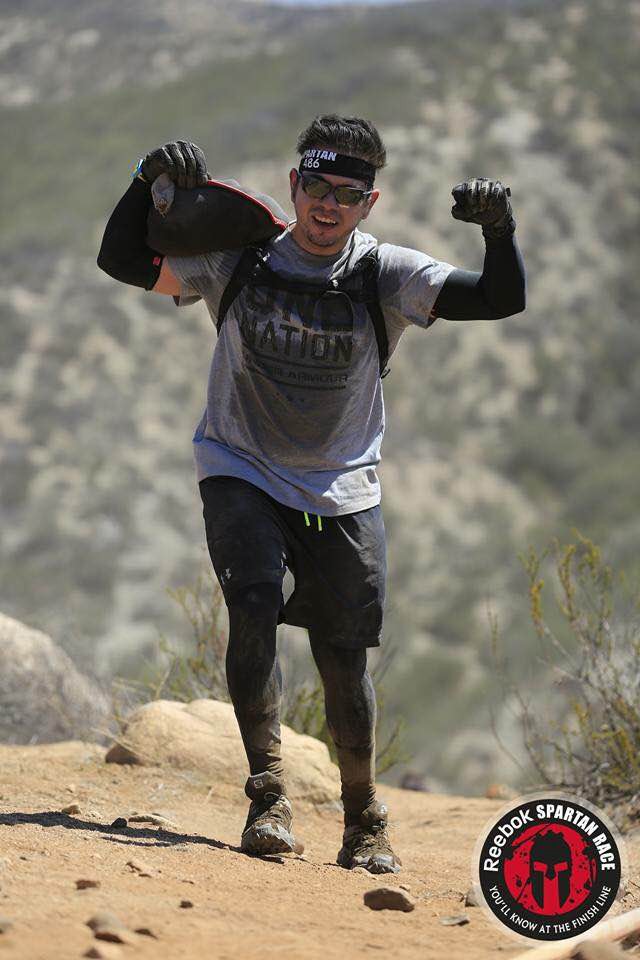 During the process, I was aware that we were live and my kids were present watching me complete them, cheering me on. I wore a heart rate monitor to show the intensity of the burpee, which is one of the reasons why people fear a Spartan Race.

I didn’t do this challenge for glory. I simply wanted to demonstrate to my children that no matter what, follow your dreams and anything is possible.

I realize that Parkinson’s is a part of me, but does not define me.

In fact, it has elevated me to another level of grit, determination and perseverance that has strengthened me in all aspects of my life. I value the Spartan code every day, by pushing my mind and body beyond its limits proving through actions.

I will not give in to Parkinson’s. I will not falter. Parkinson’s, I will outlast you! You better be ready, because when you hit me, I hit back harder.

I want to inspire and spread awareness of how exercise helps people with Parkinson’s.

I once viewed my condition as a death sentence. Now I look at it as if I was chosen to do great things. What would you endure for your love ones? I will climb mountains, run in valleys, swim rivers. I will leave no stone unturned. Everyone has their own set of obstacles they need to overcome in their life, some more than others. I used to be a person who gave up quickly, because I looked at how far I needed to go, instead of how far I had gotten. Now, I am persistent and take control to seize every opportunity. I make the most of each day.

That’s what Spartans do.

It’s easy to view yourself as a victim, but it’s much harder to see yourself as victorious.

“I am”?—?the two most powerful words; for what you put after them shapes your reality.

It took me 5 years to fully comprehend what that means. Today, I am 36 years old. 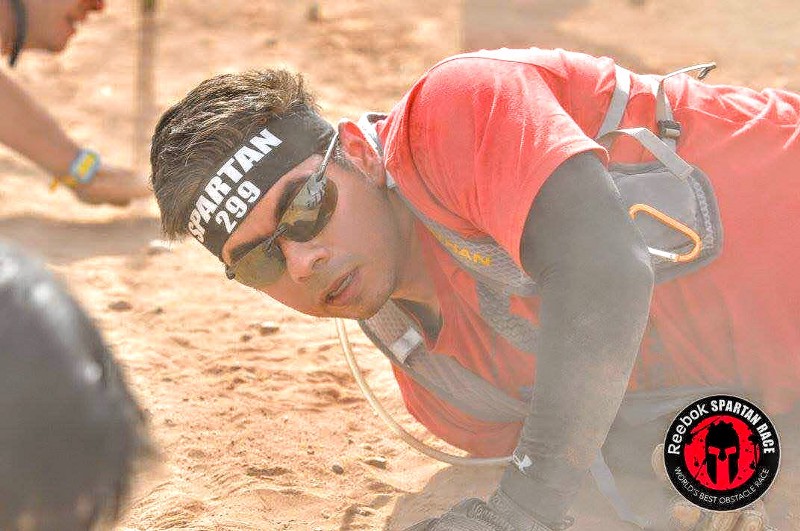 If you liked this story let others know.

Add your comments and/or share this blog with your friends on other social networks.